The difference between the Alaskan Alpine Club and all other American mountain climber clubs…. The leaders of other climbing clubs literally cannot comprehend the following, but climbers can: 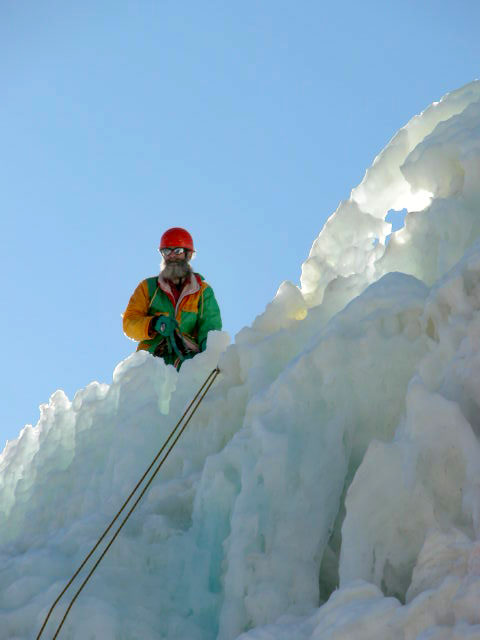 IN CONTRAST individual thinking mountain climbers who learn the flawless reality of the mountains, suggest that they can more logically make their own decisions, with a brain design inherently the same as all humans, without their perceptions being inherently corrupted by the POWER of police and environmentalist organizations who as individuals make the same number of mistakes as everybody else, by design of the human mind. Then because of the corruption of their institutional power, their power-damaged minds make more damaging mistakes, inherent to their perception of holding POWER over you. Genuine mountain climbers recognize that YOU TOO can make your own decisions more logically than another person who inherently does not hold your mind’s knowledge, and certainly more logically than a self-serving, power-corrupted government sort who uses his power to get more power/money. The Alaskan Alpine Club is of genuine climbers. You are a member if you say you are, because you hold, learn and logically use the controlling knowledge for your life. Your choice. You will always reveal your thinking ability.

No human could create such a brilliant design, a human mind with no recognizable limit to its reasoning ability, the ability to resolve every identifiable contradiction in the universe, counter-balanced by a mechanism that facilitates the stimuli-induced damage of the perception of “power”. Power-damaged minds avidly surrender their priceless reasoning ability for the most petty ego gratification of power, an obviously self-doomed trait. The concept is useless to the mountain climber using her or his mind to resolve each next perceived contradiction upon which he or she made his or her life dependent, for the fun that offers the knowledge.

Alaskan Alpine Club members enjoy the comedy of the government chaps and environmentalists who obviously make mistakes attempting to dictate your life with the force of mob rule (government), their “laws” and police guns. Humor them. They are intellectually uncurable. They will believe their superiority above humans the rest of their pitiable lives.

The Alaskan Alpine Club’s organizational form, complementing the freedom of cyberspace, will be common in the future, led by dynamic mountain climbers of course. The club needs no power of recorded membership numbers, and only offers reasoning for the consideration of fellow climbers who may ascribe to that reasoning if it represents their own.

There we were, mind you, and it was desperate indeed, albeit as usual. It was in the dark of night, in the dead of winter, in the heart of the Alaska Range, lost somewhere on the glacier amid gaping crevasses, the mountains towered above, and the storm raged. Exposed flesh freezes in seconds, you know.

Now that we do not have to deal with the inflated ego of those sorts who think they are mountain climbers, we can chit-chat about the Alaskan Alpine Club, Alaska mountain climbing, and laugh ourselves to tears over the antics of these humans.

You can learn that lesson from the mountains. The mountains always deal with what is, rather than what people say. Do the same and you will do well, if you know what questions to ask to distinguish between what is said and what is.

Buy or download a topographical map of where you want to climb, go there, climb, and have entirely too much fun.

Need any of the standard mountaineering information that people think they need?

Check out all the standard web sites, books, clubs, stores and such places for standard climbing stuff.

Imagine that. You have stumbled onto the right site. That is what this club and Alaska are about.

But there are only words and visual illusions at this web site, so the wiser person will hit the off-switch, grab the topo map, and head out the door.

The hardest part of every climb, is getting out of town.

Nothing on this web site or any other web site can assist you in actual climbing, the act of putting one foot in front of and above the other, and hanging on, until you get to the summit. But this web site might give your mind what no climbing organization leaders and government drones want you to have, some knowledge also offered by the mountains, that is, how to be free.

Herein is just knowledge, if you sufficiently question what you read, with real questions, and answer your questions.

The extent of the fun you will have in the mountains, where you may otherwise be miserable, working hard and in danger, is predicated on the extent of the questions you prior ask of your actions, and your answers. Otherwise stated: The knowledge your mind seeks and finds.

And from a mountain climbing club, did you want the rhetorical garbage that ego-craving, control-mentality club officers tell you, usually telling you that you have to do what the government dolts tell you to do, and ask no serious questions, or did you want the knowledge of concepts you learned from your own mind’s questions and answers which need no organization leaders or their petty corrupting power? Notice the questions that organization and government leaders flee instead of answer. Ask those questions until you recognize the answers that prevail against all questions, to discover that organization and government leaders serve only themselves, at your cost. You do not need them.

If you are a mountain climber, you need only the mountains and your freedom.

You may do as you consider logical, as wisely done in the mountains, and you will define yourself.